I was busy with my Sheng Siong Show rehearsal yesterday, not knowing that the whole group of them were having their dance training ( for the up coming season’s Campus Superstar ) in another studio.

Shawn was the one texting me, asking my where about…

After the Sheng Siong live show, I was told there’s a group of kids waiting for me outside the TV Theatre. And yeap, there they were! Nice gesture, making the effort to pop over to say Hi… Kindda touch… haha 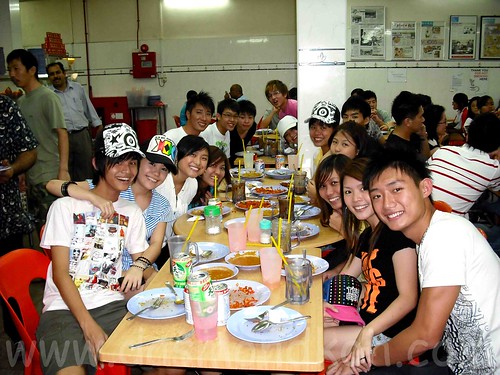 Had supper with some of them… For those who could not make it, I’ll see you guys and gals in Christmas 🙂

12 thoughts on “A Pleasant Surprise!”