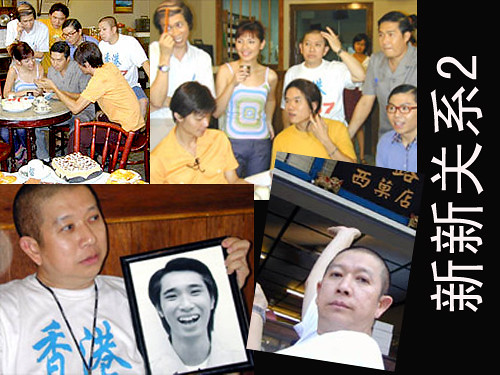 An old shophouse located in Joo Chiat Road sprung to life recently when the new cast of [email protected] held their media invitation at the Monroe Confectionery.

What’s New
In this new series, we see Bryan (Dasmond) go through a series of obstacles and challenges (compliments of the Prince of Joo Chiat, Mark) in order to meet the target of $100,000 from the pastry shop in 3 months’ time. He has to try to raise the amount with the help of best pal Yuan Da (played by Peter), so as to prove his worth in a deal previously struck between his uncle (previously played by Jack) and good friend Li.

However, things became complicated when he gets to know the Waitress of Joo Chiat, a loud and boisterous neighbour (Sharon). Things get complicated when their ‘spy’ (Henry) and baker (Zhicheng) get involved as well. The love triangle and misunderstandings among 3 of the characters should also add some tension and build up more interest in the light-hearted comedy.

Although Dasmond was not around to fend for himself, his peers frequently mentioned his name. Mark joked, ” In the show, I’m always squabbling with the ‘one and only No. 1 Joo Chiat waitress’. But, I also develop some feelings for her eventually. Unfortunately, she’s only interested in Dasmond. So, I can only stick around with my ‘Huige’ (Henry’s nickname).”

And with that, the amiable actor grabbed the neck of the blur-looking Henry, tucked him under his armpit and attempted to strangle him. Quick as a flash, Henry reciprocated with a look of agony and suffocation, sticking his tongue out as if he were dying for air. What a pair!